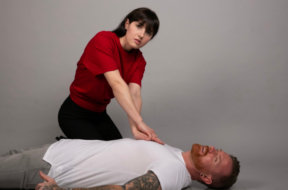 Learn First Aid And Save Lives With The Updated SIA Certification

March 3, 2021 Mahnoor Saad
One of the essential parts of being a security professional is keeping the public safe. And it’s entirely possible that while you are doing your job, there might be a need to help someone who has become injured or unwell. Therefore, the Security Industry Authorities has decided that as of April 1st this year, it […]
Read more 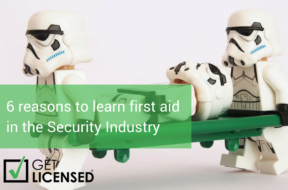 6 reasons to learn first aid in the Security Industry

May 16, 2018 Mahnoor Saad
A study by the Brisitsh Red Cross found that Eight in ten adults (85%) don’t have the knowledge or confidence to act if someone wasn’t breathing. The Study also found that only five per cent of adults in the UK would have the confidence and the knowledge to help someone who is bleeding heavily. This […]
Read more

March 14, 2017 Mahnoor Saad
There are many examples of first aid throughout history with early examples, mainly related to warfare, dating as far back as 500 BCE. Artificial respiration wasn’t introduced until the 19th century, and it wasn’t until the mid-20th century medical professionals began to use this technique as a means of keeping oxygenated blood flow to the […]
Read more 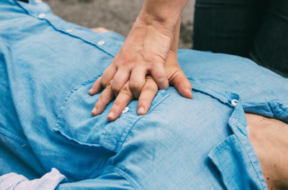 10 Key Steps For Dealing With An Emergency Situation

June 30, 2015 Michelle Harold-Brown
As a security operative you will naturally have been taught how to pre-empt and prevent incidents before they escalate to broader conflicts. In the same vein, you must also be prepared for workplace emergencies of varying degrees at any given time. The term ‘emergency’ is broadly described as a serious, unexpected, and often dangerous situation […]
Read more 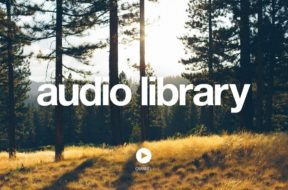 6 Steps For Dealing With An Unresponsive Casualties

April 27, 2015 Michelle Harold-Brown
Unconsciousness is a state which occurs when the ability to maintain an awareness of self and environment is lost, involving a complete or near-complete lack of responsiveness to people and other environmental stimuli. It can last anywhere from a few seconds (e.g. fainting), or for longer periods of time, and is often caused by serious illness or […]
Read more