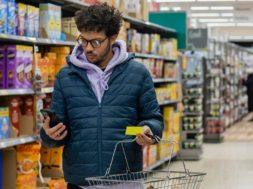 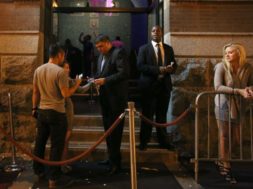 As a security professional, your job requires you to be composed, in control of yourself and the people around you. Its wise to stay calm and collected, but in some situations you might get triggered by a drunk trying to enter the venue you provide security for. It can be even more difficult to keep your cool when they attack you personally.

In such circumstances when you are the victim, you might feel a rush of emotions; you may feel frozen, embarrassed or even violently angry. These are common reactions security professionals face when assaults take place. As a security guard, you are advised not to escalate the situation if  anything goes wrong, rather to take charge whether you witness someone, or are the victim experiencing hate crimes.

A recent incident received considerable attention when a 25 year old female racially abused a Birmingham doorman outside “Figure of Eight Wetherspoon” pub in Birmingham on the 25th of May. The horrible scene was witnessed by visitors standing outside the pub and received widespread condemnation and revulsion on social media, after it was watched and shared more than 2.5 million times. Read the full story here.

The video shows Sharna Walker, the abuser, ranting and swearing at Tristan Price, the 26 year old doorman, who remained calm throughout the argument. The footage shows Walker pushing the doorman and repeatedly abusing him before spitting at him.

Two days after the incident, Walker was arrested, before being banned from Birmingham as part of her bail conditions and barred from Wetherspoons. After pleading guilty to the charges against her, Walker received unconditional bail until an administrative hearing on October 27 by District Judge Briony Clarke.

How does the UK Law protect employees against discrimination?

The Equality Act 2010 deems discrimination against workers on grounds of religion or beliefs, race, including colour, nationality, and ethnic or national origin, unlawful. It particularly states that harassment is a form of discrimination and defines harassment as:

“unwanted conduct related to a relevant protected characteristic, which has the  purpose or effect of violating an individual’s dignity or creating an intimidating, hostile, degrading, humiliating or offensive environment for that individual’

The Equality Act 2010 deems discrimination against workers on grounds of religion or beliefs, race, including colour, nationality, and ethnic or national origin, unlawful. It particularly states that harassment is a form of discrimination and defines harassment as:

In addition, public sector employers are bound by the stronger Public Sector Equality Duty which places on them a duty to integrate consideration of equality and good relations into their day-to-day business.

Under Criminal law, there are two main types of racist and religious hate crime. These are racially or religiously aggravated offences under the Crime and Disorder Act 1998 and any other offences for which the sentence can be increased under the Criminal Justice Act 2003 if they are classed as a hate crime.

Employers also have a “duty of care” for all their employees. Employers are usually responsible in law for the acts of their workers. Breach of contract may include the failure to protect an employee’s health and safety at work. Workers who are assaulted, threatened or abused at work also have legal remedies available to them under civil law. These can result in damages against the employer or individuals, the most common remedy for which is a personal injury claim.

How to deal with racism as a security professional

Top 5 tips to deal with racism at work

So, the question remains, what can you do to respond to racism at work?

Here are our top 5 tips:

As a security professional, it is your duty to keep things under control, so don’t threaten, intimidate or verbally abuse the bully. While fighting back against hate crimes is courageous and heroic, it might backfire for those in the security industry. The more you react, the more the abuser will try to push your buttons and get a reaction from you. This can result negatively as people who witness you getting verbally abusive or violent in such a scenario will be forced to pick sides. However, although difficult, if you remain calm, those who witness a hate crime against you will become your biggest supporters, so use that to your advantage.

2. Report to the authorities

As per UK’s Equality Act 2010, any form of discrimination, including race is unlawful. This law protects migrant and minority groups from the various types of discrimination mentioned above, so, if you experience racial discrimination you have the right to report to the local police authorities. You must also share the facts of the incident with your employer and seek their assistance and protection as they have a “duty of care” towards you.

Employee unions have a pivotal role in helping to ensure that workplaces are free from abuse and discrimination aimed at migrant or BME (Black, Asian and minority ethnic) professionals. Joining such unions can be very helpful as you will be aware of their policies for dealing with bullying, discrimination and harassment.

4. Be the bigger person

This might be a difficult one but responding politely to your abuser, especially when they are in a drunken state, can benefit you. The calmer you remain, the easier and quicker it will be to deescalate the situation, so, if you are faced with such an incident, try to be polite, or compliment the person by saying “nice shirt” or “love you mate.” While this might sound impractical, it is one of the best ways to react. Not only will it baffle the individual and possibly make them feel guilty, it will also showcase you as a mature professional who knows how to tackle difficult and unwanted situations.

With the advent of social media, you can turn to the public for support instantly. Share your experience with your co-workers and friends to create awareness regarding racism and discrimination in general. It would be better to relate your experience more factually rather than emotionally to receive support. Avoid exaggeration or false claims as this can be unlawful if the incident is caught on camera. So, share your experience to help your fellows and encourage them to report such a case in order to prevent and deter potential abusers.

Security work is always challenging, but being professional in such situations will make you look great for a future employer, too. Use the Get Licensed app to stay on top of training techniques and security strategies that mean you take the right action.